Some basic terms used in this introduction to harmony
An interval consists of 2 notes. Usually a lower note followed by a note that is higher in pitch or the reverse, where the higher note is written first and followed by the lower note. An interval can be measured using a unit of measurement such as the semitone.
As we proceed you will see that the two important things about an interval is its size and type.
Typical measurements of an interval can be, unison, 2nd, 3rd, 4th 5th 6th, 7th and 8th. Intervals that have a measurement of an eighth and lower are know as simple intervals.
Compound intervals have sizes larger than an eight, such as a 9th, 10th, 11th, 12th, 13th 14th and 15th, and are known as compound intervals. In this introduction we will learn about simple intervals first and later on compound intervals.
The type of an interval is usually one of the following: major, minor, perfect, augmented and diminished.
We will discuss each of the above in detail, later on.
See some examples of intervals below. 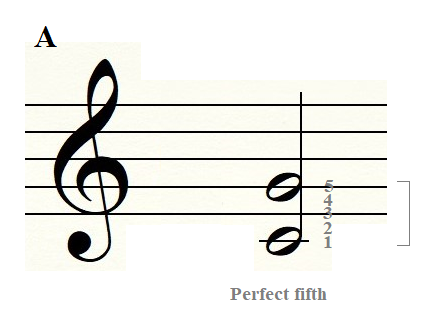 When notes are written as above in a vertical arrangement, they are usually excuted / played simultaneously forming harmony, in this example a perfect 5th. 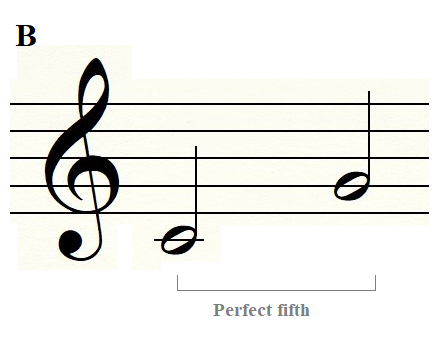 In the example above the note are written melodically. They are played one after the other. This serial arrangement means that the notes form a melody and on their own do not produce harmony. The interval remains a perfect 5th. 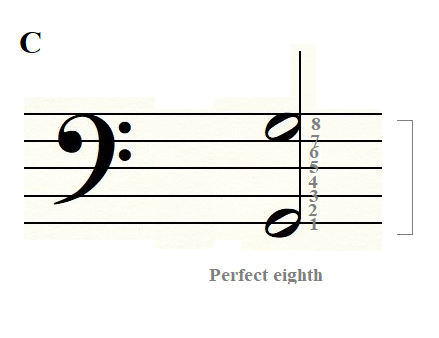 An example of a perfect eighth interval that is written melodically. The notes will be executed one after the other, left to right. The type and size will be discussed in greater detail later on. 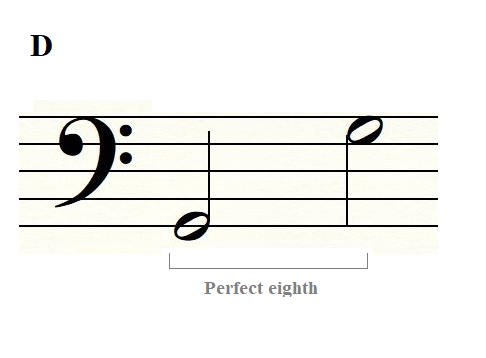 Another example of a harmonic interval, which is a perfect eighth. The second note is an octave higher that the lower note and is played simultaneously.

Book for our online or local classes today!

Getting ready to learn basic harmony

How to calculate the exact size of an interval

Intervals in the diatonic major scale

Intervals in the C chromatic scale 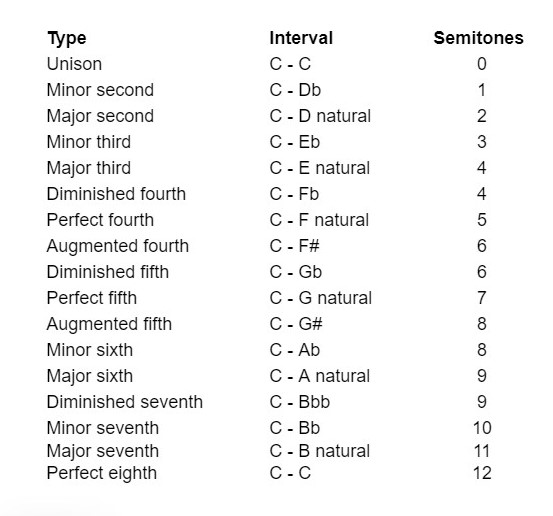 Join our theory of music or practical classes 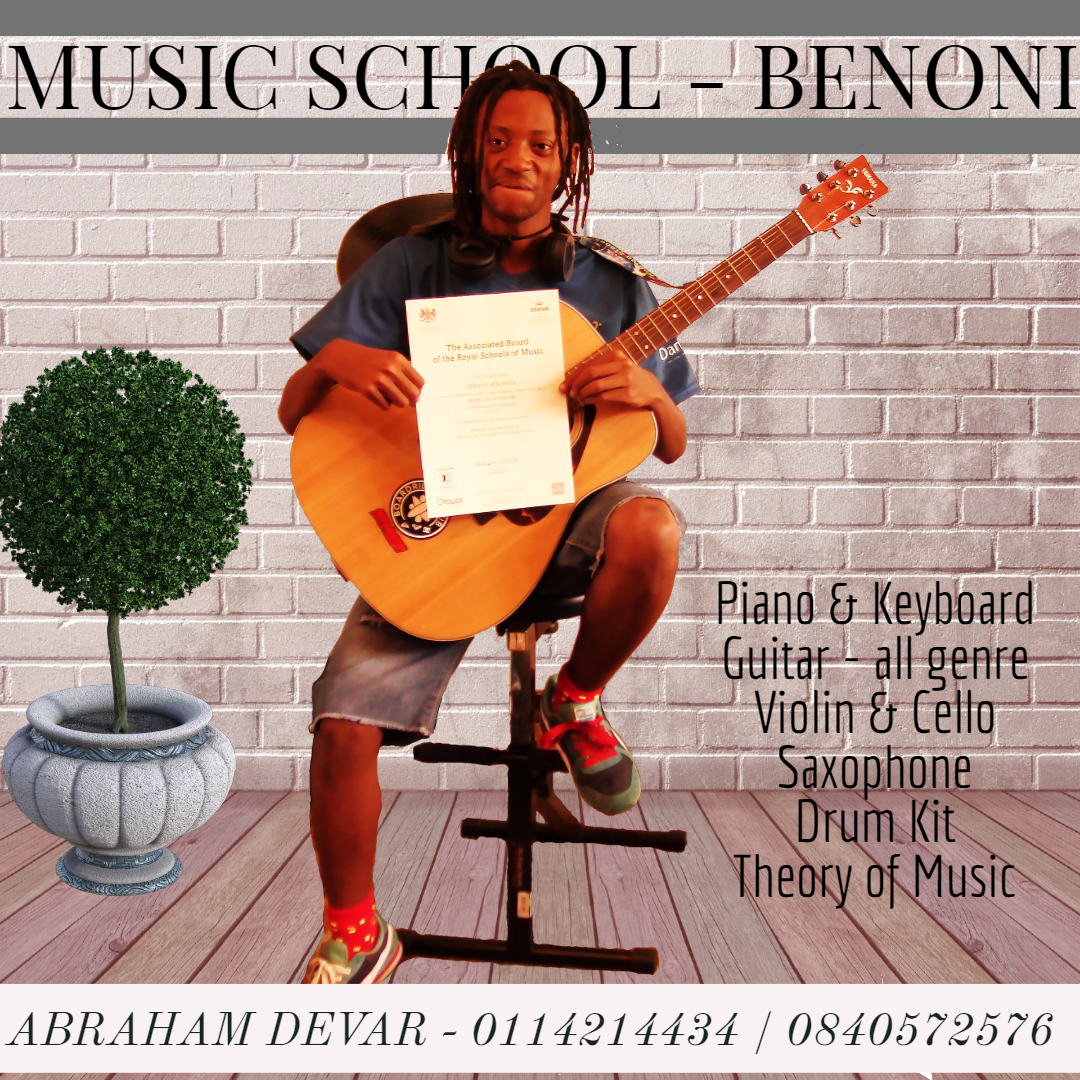 Working with a key like F# major which has 6 sharps in the scale, helps learners to understand the correct usage of accidentals in describing each interval. The table below includes diatonic and chromatic intervals for the scale of F# major.

Working with a key like Bb major which has 5 flats in the scale, helps learners to understand the correct usage of accidentals in describing each interval. The table below includes diatonic and chromatic intervals for the scale of Bb major. Try other keys with flats such as Gb major and Cb major. 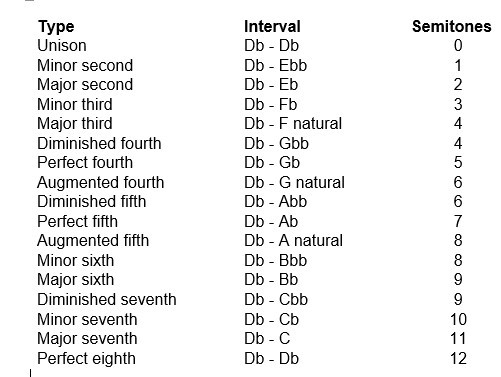 Interesting intervals occur in the melodic and harmonic minor scales

With the raised 7th degree in the harmonic minor scale, and the raising of the 6th and 7th degrees in the melodic minor scales, they produce interesting intervals. Examples in minor keys.
"We shall be back Bach in a Minuet"


Back to top
Copyright ©2019 Abraham Devar's Academy for Music, All Rights Reserved.
Website by Host Direct